The Herbert family first arrived in Kerry in 1656. Thomas Herbert from Montgomery in Wales was appointed to be a land agent for his cousin; the Third Lord Castleisland. Thomas lived for a time with his son Edward near Castleisland before they leased the Muckross Estate from the native McCarthy Family.

The Herbert Family gained significant wealth during the 18th Century by mining copper in the Ross Island area of Killarney and proceeded to buy the Muckross Estate from the McCarthys, following the death of Donal McCarthy.

It was in the late 19th Century that the Herbert Family found themselves in financial trouble. The visit of Queen Victoria in 1861 contributed to this cost but falling rents and some ill advised investments saw the Family refused any further loans. In 1898, the Estate was forfeit to the Standard Life Assurance Company, thus ending almost 250 years of the Herbert’s association with Muckross.

The aforementioned company placed the Muckross Estate for sale at an auction in Dublin on the 21st of November 1899. Bidding was slow but a few days later a member of the Guinness Family known as Lord Ardilaun bought the estate, he was related through marriage to the Herbert Family and rented Muckross House out as a hunting lodge for wealthy hunting parties. Lord Ardilaun rarely visited Muckross and sold the property in 1911 to a wealthy Californian investor called William Bowers Bourne.

Mr. Bourne bought the estate as a wedding present for his only child Maud when she married a Clareman named Mr. Arthur Rose Vincent. During the War of Independence Mr. Vincent was known to be an honest broker between the IRA and the British Government. He was appointed to the Senate of the Irish Free State in 1931 before retiring in 1934.

Maud Vincent died of Pneumonia in 1929 in New York while on her way to visit her parents in California. After Maud’s death, in 1932, Arthur Vincent wrote to Eamon De Valera informing him of his intention, along with his parents-in-law to present The Muckross Estate to the Irish People. The Muckross Estate is now known as The Bourne Vincent Memorial Park and was the first National Park in Ireland. 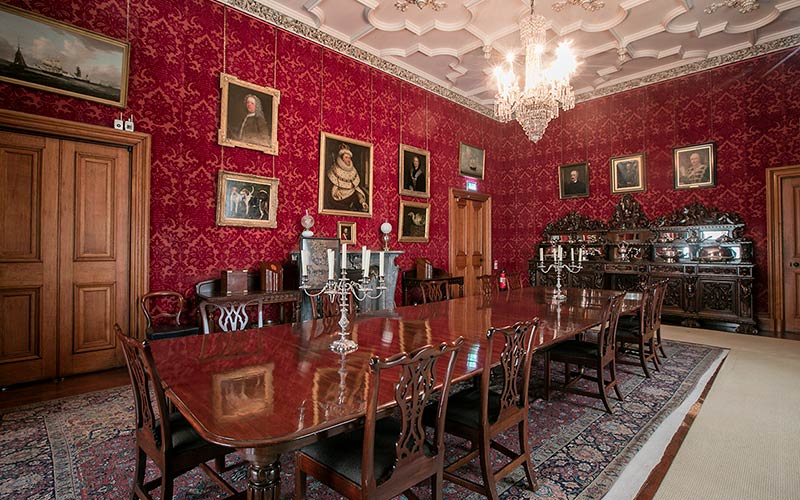 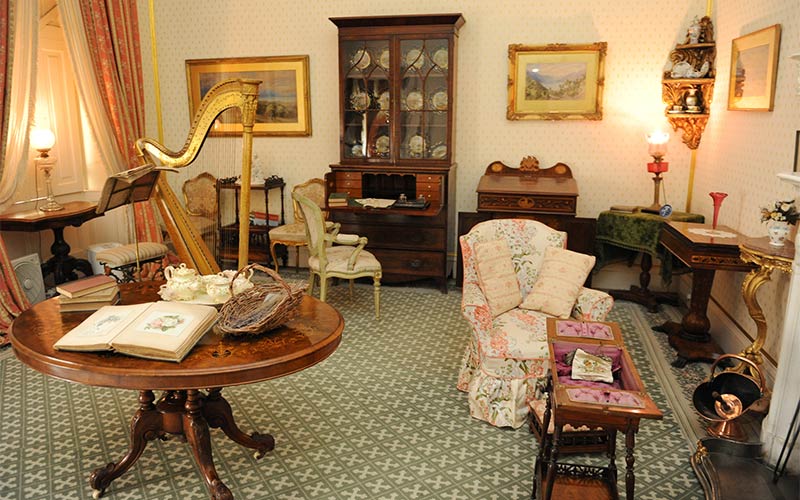 Construction started in 1839 and was completed in 1843 for Henry Arthur Herbert and his wife the watercolourist Mary Balfour Herbert. The house was the fourth to be occupied by The Herbert Family in almost 200 years. The original plans were for a much more ornate house but the plans were pared down by request of Mary.

Queen Victoria had visited Ireland on two previous occasions but this was the first time that Kerry had been on the itinerary. The visit composed of a three night stay. The first night of the visit was seen as a more official state occasion. The Queen and her party were hosted by The Earl of Kenmare at Killarney House. The Queen’s subsequent stay in Muckross House was much more private and it is said that The Queen wanted to have some quiet time in the area.

On the first day of her visit (27th of August), Queen Victoria travelled to Ross Castle where she embarked on a tour through the Lakes of Killarney. The same tour which we operate to this day. The Royal Party had lunch on the day in Glena Cottage.

The Queen spent the next couple of days at Muckross House enjoying various outings in the area. National Newspapers at the time describe how the Herbert Family met the Royal Party on the front lawn of the House.

The preparations for the Queen’s visit were incredibly elaborate. It is said that the Herbert Family had five years’ notice of the impending visit. The preparations included building two boats for her tour on the lake as well as two carriages for transport while on land. Tapestries, mirrors, Persian rugs, musical instruments as well as staff uniforms were commissioned for the occasion. Apparently Queen Victoria had a terrible fear of fire so extra fire escapes had to be added to the wing in which the Royal Party was housed.

Unfortunately the unstable financial situation of the Herbert Family may have originated in the preparations for the visit of the Queen. The Royal Collection in Windsor Castle contains three watercolours presented to the Queen by Mary Balfour Herbert after her visit.

What people have to say…

“We did our trip backwards and started with the boat trip. The scenery was stunning and our boat driver was great! He highlighted a few spots on our trip and had us stop to feed the begging pheasant! Ha! We then landed at Lord Brandon’s cottage and took a pony and trap through the Gap of Dunloe. Many people attempted to walk or bike the Gap, but I can’t imagine attempting that! The roads are skinny and filled with horse and traps. The path is also very steep and winds around up the mountain path! Our trap driver pointed out the area of the Gap where they filmed the Irish Spring commercials! Just beautiful!”
Becca, Bloomington, Minnesota
View our tour gallery

This website uses cookies to improve your experience while you navigate through the website. Out of these, the cookies that are categorized as necessary are stored on your browser as they are essential for the working of basic functionalities of the website. We also use third-party cookies that help us analyze and understand how you use this website. These cookies will be stored in your browser only with your consent. You also have the option to opt-out of these cookies. But opting out of some of these cookies may affect your browsing experience.
Necessary Always Enabled
Necessary cookies are absolutely essential for the website to function properly. This category only includes cookies that ensures basic functionalities and security features of the website. These cookies do not store any personal information.
Non-necessary
Any cookies that may not be particularly necessary for the website to function and is used specifically to collect user personal data via analytics, ads, other embedded contents are termed as non-necessary cookies. It is mandatory to procure user consent prior to running these cookies on your website.
SAVE & ACCEPT